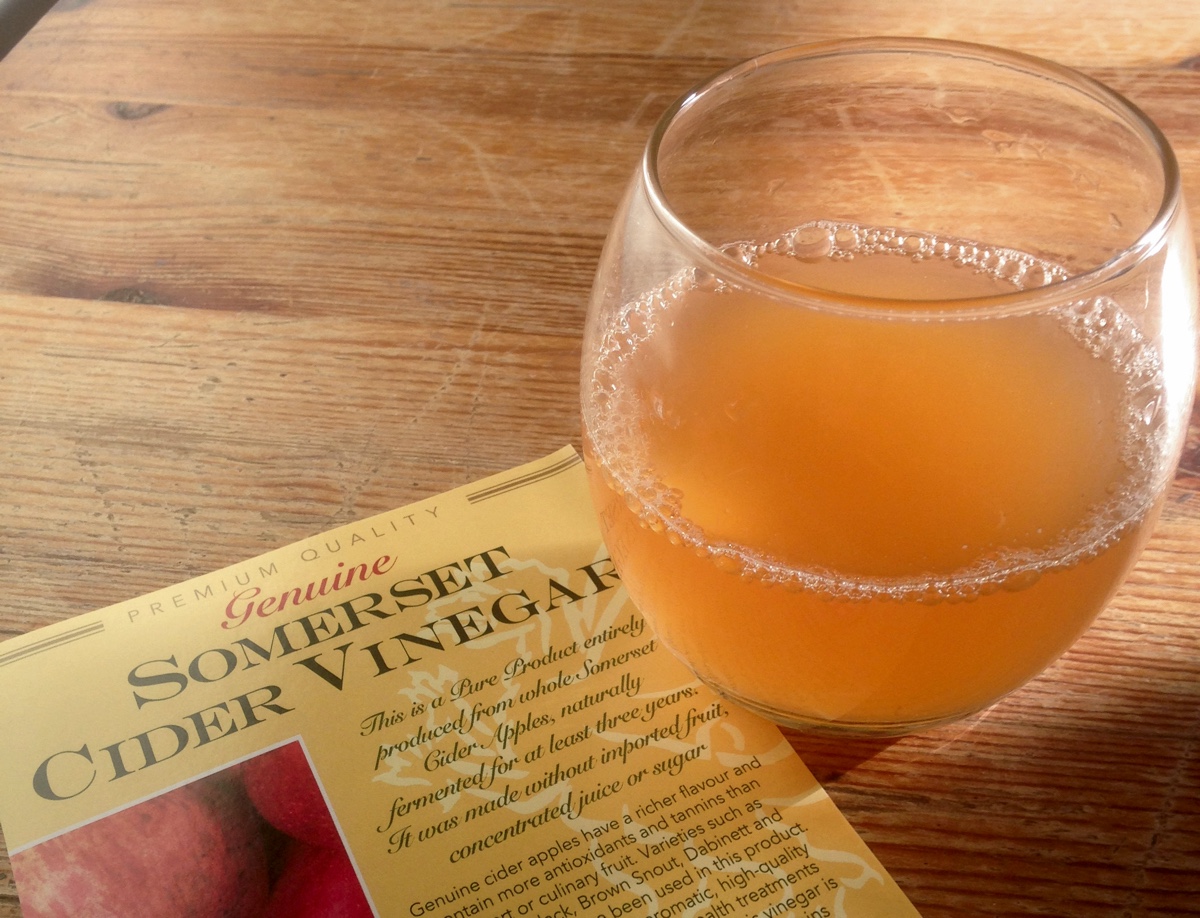 Apple cider vinegar is the most popular type of vinegar in the natural health community.

It is claimed to lead to all sorts of benefits, many of which are supported by science.

It is also an ancient folk remedy, and has been used for various household and cooking purposes.

Somerset Cider Vinegar is traditionally slow fermented vinegar from ciders that have been made from 100% pure cider apple juice.

Cider apple varieties have a richer flavour than culinary or dessert apples and research from Glasgow University has conclusively discovered that they contain much greater quantities of antioxidants.

Ciders from farms growing traditional Somerset varieties of cider apple like Kingston Black, Brown Snout, Morgan Sweet, Sheep’s Nose, Dabinett and Yarlington Mill are the types that are using for the vinegar, that would otherwise go to waste.

Many of the cider vinegars on the market (some of them organic) are produced industrially in a machine called an Acetator using cider which has been made from dessert apples supermarkets have rejected, imported concentrates and sugar. The process takes as little as 24 hours whereas, Somerset Cider Vinegar is naturally fermented from the ‘real thing’ for at least three years!

Refined and clear vinegars are great for cleaning as they don’t leave residue. Raw, unfiltered and unrefined versions contain many more beneficial properties for culinary uses.

Somerset vinegars are not micro-filtered or pasteurised and contain the natural enzymes that are known as ‘mother-of-vinegar’. Traditionally fermented vinegars have become known as Apple Cider Vinegar and have been used to relieve the pain of arthritis for many years. Research from Aston University lasts year found that real cider vinegar also greatly reduces cholesterol levels. Other applications for cider vinegar include natural hair products, treating acid reflux and sore throats. There are also many uses for animals such as joint care in equines and treating scour in calves.

Here are 6 health benefits of apple cider vinegar that are supported by scientific research.

From the little evidence available, I think that apple cider vinegar may be useful and is definitely a good candidate for some experimentation if you’re interested in it.

At the end of the day, apple cider vinegar appears to be very healthy.

It’s not a “miracle” or a “cure-all” like some people seem to believe, but it does clearly have some important health benefits, especially for blood sugar and weight control.