Q&A with cider drinkers – The Wurzel’s 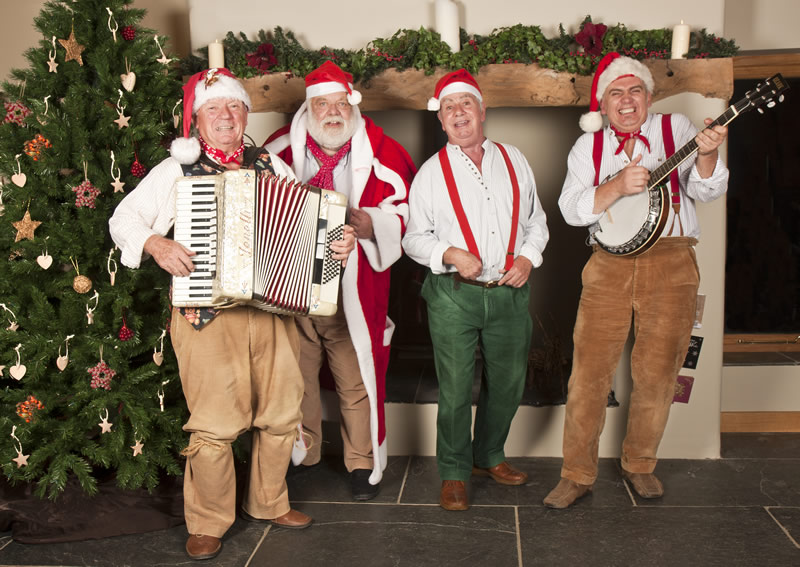 The legends of the West Country, The Wurzel’s have been tracked down by the Real Cider web site, so we can ask them about their love of cider.

In January 1968 at my first ever Wassail at the Butchers Arms at Carhampton near Minehead.

In the garden on a lovely sunny day with family and friends, or on one of our excellent West Country beaches.

Any made by Ivor Hyde, who has kept my accordions in working order for years, and brews a mean drop with the apples pressed through a manual press over 100 years old.

Commercially, any made by Rich’s Cider of Mark, Somerset.

Every brew is different.

To say that Cider has got a lot of attention over the last week would be an understatement.

We’ve had a lot of activity on the Real Cider web site, and it’s even been enough to bring the Wurzel’s back into the UK charts.

Producers and cider fan’s who followed Darling’s moves closely knew the tax increase was coming. However, the sledgehammer approach to crack a nut approach has seriously failed to support the vital contribution cider making makes to each local economy, and also the unspoken affects to the local wildlife.

To the future generations of families, many with ancient orchards – it must have been considered whether there are other businesses now that ‘bear more fruit’..

The only way to bring about permanent and environment-friendly projects is to make them financially viable. Alistair Darling has removed this chance at a stroke.

What he should be doing is encouraging the emerging new breed of artisan cidermakers who have recently breathed life into what was a disappearing craft.

Here are a collection of the best comments on the recent tax increase of cider:

“The artisan cidermakers are feeling sore. They think they are victims of their own success – that cider has become fashionable and profitable and the government has spotted a way to make money. And they think the rise is a way for Labour to signal that it is taking the problem of binge drinking seriously” – The Guardian

Britain’s new breed of cidermakers have revived a dying craft – but they say Alistair Darling’s tax rise could threaten their success Last year Keith Orchard produced around 10,500 litres (2,300 gallons) of cider and perry, which takes him above the 7,000-litre (1,540-gallon) mark after which duty must be paid. But the 10% rise in duty above inflation makes him wonder if he should cut his losses and take production back below 7,000 litres – The Guardian

Henry Chevallier, chairman of the National Association of Cider Makers, said: “Cider makers have invested millions to new orchards in the past decade. Orchards take years to yield a return and the loss to the rural economy and the environment will be enormous if sales decline – The Telegraph