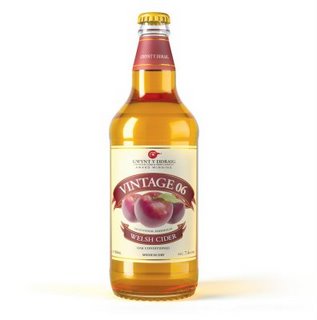 The Guild of Fine Food have announced the winners for the 2009 Great Taste Awards and Welsh Brewers and Cidermakers have again done well in the competition.
Gwynt Y Ddraig have walked away with 3 stars, the highest award, for their Vintage 06 bottled cider. They also received one star for their bottled Orchard Gold, as did Ty Bryn Cider with their Sweetened Sparkling Cider.

Vintage 06 is descibed by Operations Director Bill George as, “A blend of our very best cider apple varieties from the Autumn of 2006, fermented slowly and left to mature for twelve months before making its way to the bottle. A masterpiece of flavours to enjoy by itself, or as an accompaniment to any menu”. The cider is fermented in oak and is described as medium-dry.