To make January that little less dreary, we can enjoy the fabulous tradition that is “Wassailing!”..

We have blogged about this in the past, it certainly adds some colour (and merriment) to a month where we are recovering from Christmas excesses. 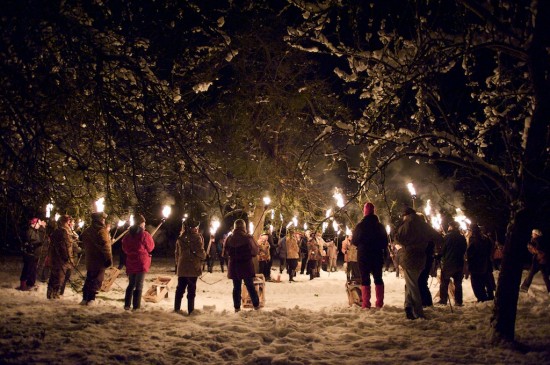 Here is handy song sheet to sing at your Wassail event.

I got this from an award winning Morris Dance team at the Bath and West Show. I hope it brings you much success and bountiful crops of apples in the forthcoming season.