With its pleasant fruity apple taste, cider has enjoyed a popular resurgence in recent years, seeing a steady growth in sales.

In fact, modern cider drinkers are simply carrying on a long and fascinating English tradition dating back to Norman times. Apple orchards have been in established for centuries across Southern England primarily in Somerset, Devon and Herefordshire. Over 2 million new cider apples trees have been planted in this the UK since 1995 to meet demand for greater diversity of cider products. Bittersweets and bittersharps are the two types of apples used in cider and come in over 300 different varieties. The upsurge in development of more specialist ciders products has also seen the emergence of single variety, organic and fruit ciders. 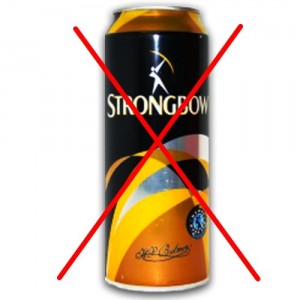 Cider is made from the fermented juice of apples but comes in different types. Mass-market cider giants such as Bulmers and Gaymers who manufacture the big brands only make keg cider that can contain certain additives. Real cider is made using only natural processes and procedures.

Cider makers range from small farmhouse operations to the big regional producers such as Westons Thatchers, Sheppys and Biddenden. Apsall Cyder Makers in Suffolk have recently be named as making the World`s Best Cider in 2009. There are hundreds of small real cider makers that from a vital part of the rural economy with many interesting and delicious products that, due to their size, are only available regionally and locally. The future of this market lies in continuing promotion of these specialist products. The Campaign for Real Ale has produced promotional stickers for pubs serving both real and local cider in its bid to push for greater market share for these ciders.

The revival and new diversity of cider drinking has strengthened its image as a drink synonymous with summer fun. This is the time to get out and about and do some cider tasting. 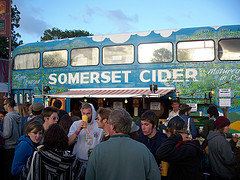 Look out for the many lively regional cider festivals in Wales and the West Country, such as the Bath and Bristol Cider Festivals offering up to a hundred different local ciders. If you`re a music festival devotee, once you`ve worked up a thirst pitching your 2 man tents, you can track down a refreshing taste of English summer at one of many stalls, including the Burrow Hill’s Somerset Cider Bus at Glastonbury.

Ciders not recognised as being Real

Below is a list of the most common ciders that we do not recognise as being real:

Most of these ‘ciders’ have nothing to do with real cider except in name and the fact that a minor portion may have see some kind of apple product at some stage in the production process.

We want you to get involved with real cider, so we have listed the ones here to avoid.

Here they are (Source: CAMRA).

Why are they not real cider?

The ingredients listed on a can of Strongbow are:

These cider imposters have had most of the alcohol derived rom fermenting corn starch syrup which is then diluted with water. Malic acid is then added in order to get a bit of taste back into it.

Doesn’t sound very appetising does it?

It doesn’t mean that the drinks aren’t refreshing on a hot summers day, however with real cider you will find the majority are organic, free of artificial colours, acids and antioxidants.

The drinks don’t last as long in the bottle, but because they taste of real apples it means the cider doesn’t normally stay in the bottle long before it is enjoyed!