Ciderview have surveyed pubs for their cider selections, reviewed pubs in their show and sought out the best places in Edinburgh to find some different ciders, find all of this information in our handy cider map of Edinburgh. 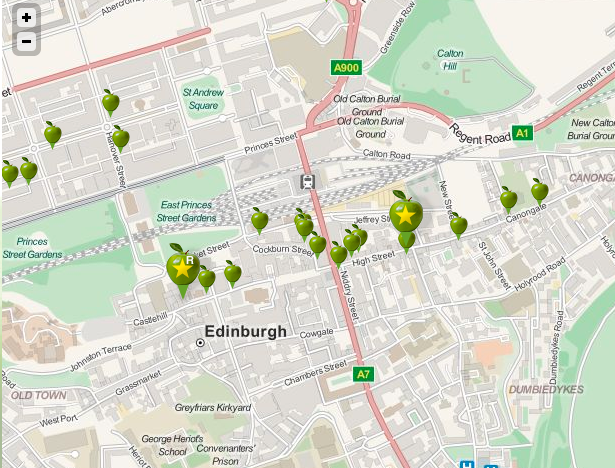 The future of Scottish orchards

UK apple orchards have been in decline since the 1980s, with Britain losing nearly two thirds of its commercial and private orchards in the last three decades.

With the market dominated by cheap imported fruit, a narrower choice of varieties have been available. Smaller orchards have been replaced by housing and business developments. But in Scotland, apple enthusiasts are working to create a more ‘fruitful’ countryside.

Dougie Vipond finds out how apple enthusiasts are ensuring the future of Scottish orchards, in an item broadcast on the BBC Landward radio programme in October 2009.

View the Video on the BBC.