Will the cost of cider rise?

The controversial cider tax has been scrapped in the last-minute scramble to rush key legislation through before Parliament is dissolved next week.

The increase on cider has been reversed after ministers ran out of time to introduce the legislation before the general election.

The levy was among three taxes in the Finance Bill to be dropped.

The 10 per cent rise in the cost of cider that was introduced on 29 March – will now be reversed on 30 June 2010 unless Labour wins the election.

In a country where 1 billion pints where enjoyed last year alone, Sky News visit Alan Hogan, Hogan Cider, a producer in Worcestershire, and interview the Wurzels.

The cider industry has been trying its hardest to help the economy recover in the last few years and, as one of the few industries that have achieved growth through the recent recession, is a true British success story.

Cider drinkers were left with a bitter taste in the mouth today after the Chancellor singled them out for a 10% tax rise.

This duty increase announced today will undo much of this good work and the impact of such a significant price increase to the consumer will probably also be counterproductive in raising revenue for HMRC as well.

What makes this so serious is that cider makers have invested millions to plant thousands of acres of new orchards in the last decade.

Orchards take years to yield a return and the loss to the rural economy and the environment will be enormous if sales decline sufficiently and the demand for English apples falls. It is the major brands that use the vast majority of the UK fruit the industry buys every year.

Henry Chevallier, chair of the National Association of Cider Makers (NACM) said: “We knew we were being singled out – the Pre Budget Report told us that. We are at saturation point on the duty on alcohol – even for a success story like cider. This dramatic increase could well reverse the growth we have generated in recent years”.

“Depending on how retailers deal with the duty this will add significantly to what consumers pay for a pint of cider. We have no control over the retail price of cider, but it could mean up to 10p a pint”.

More reaction on the increase in cider duty, this time from the industry itself. David Sheppy, of Sheppy’s Cider, a family-owned Somerset firm, says: “We are not pleased, a 10% increase is quite devastating news. A lot of money has been put into investment in the cider industry, and we don’t now want to see that investment wasted.” Mr Sheppy adds: “We are more concerned about any potential further changes in the duty bands of cider according to their strength. That is a big concern for us, that we could be hit again, but at the moment we don’t know exactly what Mr Darling’s plans are in this area.”

“Cider is much more expensive to produce than other types of drinks and it helps support the economy in many rural areas. We are a smallish company that pays a very large amount of tax. We employ 85 people and support many local suppliers here in Somerset. The extra increase in tax levied on cider over and above other categories will make it less competitive and I am sure the big brewers (almost all from overseas) will be glad of that.”

Lib Dem Treasury spokesman, and MP for Taunton, Jeremy Browne is sceptical about the hike in duty on cider, calling it “gratuitous”. “I would be absolutely amazed if it made any significant difference to binge drinking,”

Alistair Darling, Chancellor mentioned that reclassification of stronger cider to pay more tax? Not clear what the threshold is for strong cider, but expected to be > 8%. 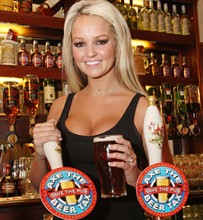