All posts in: News

Here is a list of the basic equipment for Cider Making, you can get these items from any good home-brew shop or even ebay for a job lot.

The Apple Boat needs your help

The Apple boat in Bristol has fast become a popular cider haven in Bristol docks.

This converted Dutch barge is championing the produce of cider makers in the south west.

The Apple may no longer be able to sell this world-class locally produced Cider, please take a few seconds to sign the petition and forward the link to everyone you know who values The Apple and Real Cider. 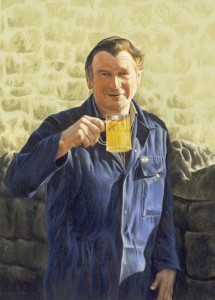 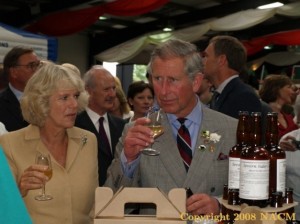 Cider’s recent overhaul from scary scrumpy to fashionable festival tipple is well documented. Now its lesser-known sibling, perry, has also had a makeover.

Waitrose’s perry sales are up 42 per cent from last year and Magners has just launched Magners Pear with an £8million marketing campaign.

Perry, sometimes known as pear cider, is a drink made with fermented pears instead of apples. And if you’ve ever slurped a Babycham or a warm glass of Lambrini then you’ve already tried it.

Magners has dubbed 2009 the ‘year of the pear’. Like many of the larger brands, including Gaymers and Bulmers, it has opted to call its new drink a pear cider, rather than ‘perry’.

While the Campaign for Real Ale tends to agree and simply defines real, draught perry as: ‘Consisting entirely of non-pasteurised pear… no pear juice concentrates [are] to be used,’ real aficionados believe only pears from the perry pear triangle – the Three Counties of Herefordshire, Gloucestershire and Worcestershire, whose traditional perry is protected by a PGI (Protected Geographical Indication) – should be used.

‘Perry has to be made from perry pears and is very traditional. Pear cider can use any pear, including culinary fruits.’

Perry pear trees is they take a long time to fruit. Lots of  orchards were lost when perry and cider went out of fashion. With perry back in demand hopefully will signal more orchards being restocked with pear, as well as apple trees.

So, if you’re thinking of switching to the pear, does it make a difference whether you go for farmhouse perry or big-brand fizz?

Perry is less sweet than cider, has a delicate flavour and you can drink it with the same fish and chicken dishes that go with dry white wine. Look for drinks that name their varieties of perry pear. Also, they tend to have fantastic brand names such as Merrylegs and Dunkertons.

It looks like there could be many more converts to Cider and Perry before the summer is out!

If you fancy a trip to Taunton, Somerset, here’s a list of producers to visit over a couple of days in which you can celebrate wonderful cider.

This can be done by bicycle, but it would be safer having a designated driver tour you around!

We suggest the following cider producers for a great day out around Taunton.The postcode link takes you to the location using Google Maps: