How much cider is in your cider?

Food labelling has to be very strict, in that the manufacturers have to declare the order of food that is in the item. For allergy, and health reasons being the main factors.

So why can drinks manufacturers create an alcoholic drink and call it a ‘cider’?

When I saw this post on Dowding’s Cider Blog. it got me thinking. It’s only a matter of time before consumers and legislation demands better labelling for cider. Right?

Did you know that the legal minimum apple juice content to qualify as a cider is only 35%?

One of our most popular posts on real cider is Ciders not recognised as being Real. 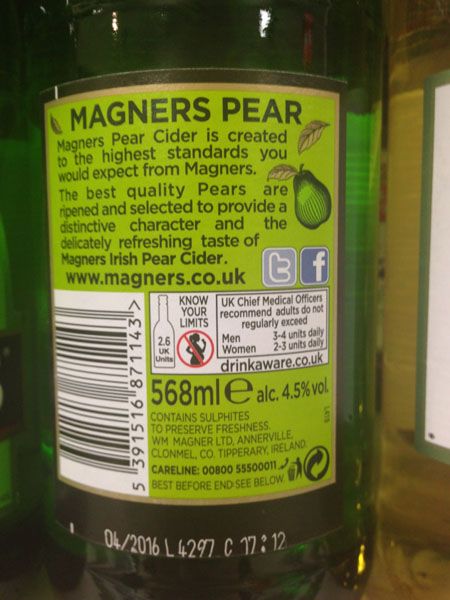 No ingredients listed at all! 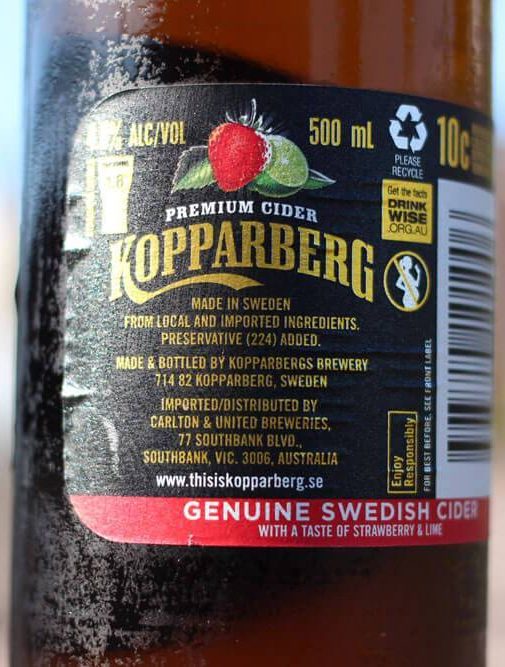 Very vague, only a preservative is listed

I’ve always enjoyed the simplicity of real cider – the label shows apples (usually sulphites to keep the cider fresh on supermarket shelves, and pasteurisation, so that the bottles do not explode as there maybe some fermentation and Co2 after bottling). That’s it. Some ciders you’ll pick up from farm shops are even unfiltered with no sulphites. As good as it gets!

Frequently at shows, when offering people a taster of my cider, they look up with a surprised expression. “Wow, that tastes very applely”, they say. I explain why! It’s because it is 100% cider, made from 100% apple juice. Not the mass-produced stuff accounting for maybe 85%+ of the sold “cider”. This 85% includes all the adulterated (a.k.a. flavoured) ciders, as I think of them, such as Kopparberg, something I see as more akin to alcopops! Dowdings Cider

But, I hear people say, the consumer is always right! Oh no they aren’t! They have been duped by promotions and advertising, including lots of sponsored music and other events, sports teams, etc. As they are selling lots of water and sugar they have additional money to throw at maintaining or boosting their (as I think of them) “fake ciders”.

it is worth noting that some cider makers are using Polish (et al) “concentrate”. The tankers are seen outside their production bases, and each load will have undercut UK growers. The “cider” they produce will not say it’s made with imported “concentrate”. It may even have a Union Jack on it!

Enjoying a very fine @Cidersmiths with our bbq in Dorset tonight. Really quotable and the right balance of dry and sweet tones. Lots of fun pic.twitter.com/s6U9Sqmjsu