Cider (r)evolution in the States

It’s very exciting to be witnessing quite a cider renaissance in America.

We have written about hard cider before with our cider visits in New England and Ice Cider tour in Quebec last year.

From Colonial times and well into the 19th Century, hard cider was America’s beverage of choice. Democratically refreshing and widely available, it graced the tables of humble and high-born alike.All across the land, Americans were a nation of cider lovers, but change came. With westward expansion into lands more suited to grain than orchards, half of the nation’s taste began shifting to beer. The other half, meanwhile, embraced Temperance.

Eventually, the Drys prevailed, ushering Prohibition and thirst upon the land. Hard cider fell on hard times. Even with the end of the so-called Noble Experiment, fine cider would spent decades as a shadow of its former popularity. 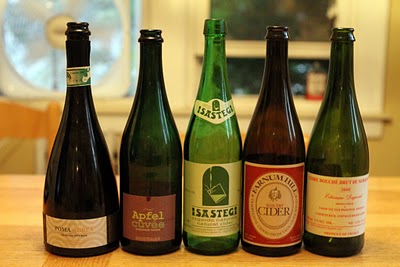 Since then we have some excellent craft cider makers across America – Tieton Cider Works, Finnriver in Port Townsend, Westcott Bay from San Juan Island, Wildfire from Port Townsend, Wandering Aengus from Salem, and Farnum Hill in Lebanon (link to photos on Flickr). 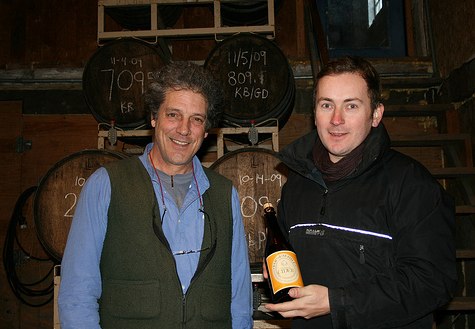 All of whom were at the recent ‘Cider Summit North-West 2010’ in Seattle, last weekend. The Cider Summit NW offers guests an opportunity to sample some 40 elegantly crafted ciders from producers in Washington, Oregon, British Columbia, England, and France.