Already the biggest cider competition in the UK, the “British Cider Championships” took place at the Royal Bath & West Show.

With entrants from across the country, from producers large and small, the competition was tough.

A man who makes cider in his garden shed in West Pennard has scooped a top prize at the Bath and West Show.

Judges said it was a close call between Supreme Champion and Reserve (or second place), commenting that Mr Hecks’s cider had a “nice flavour, good colour, and was well-balanced”.

Having left the family cider business in 2017, Mr Hecks still works in the cider industry, pruning, mowing and harvesting for the Wadeys who supply the Shepton Mallet cider mill.

When asked if it was likely to be available in local retail outlets in the future, Mr Hecks said: “I don’t think so, I’ll just carry on doing what I’m doing as a hobby and entering competitions locally, keeping it small scale and going for quality over quantity.

He makes his own cider from locally sourced apples in the village, hand harvesting choice apples and using years of experience and practice, blending the varieties to produce his champion cider. 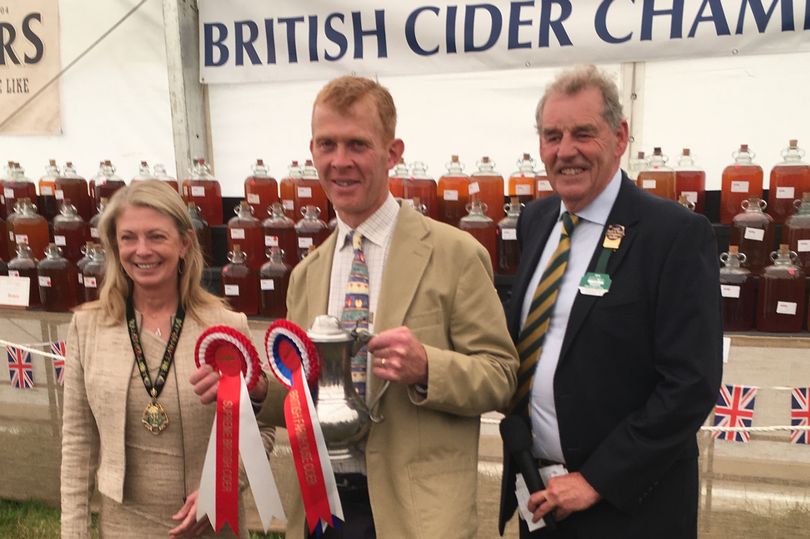 ITV report from Bath and West 2019

Photos from Bath and West 2019