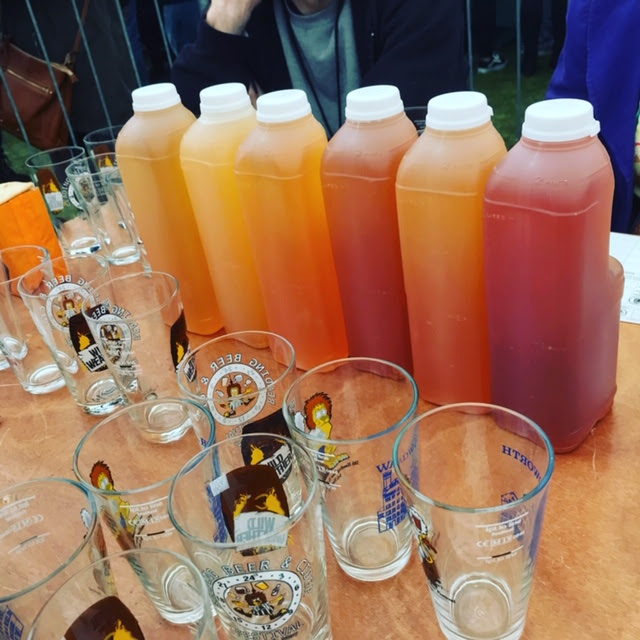 CAMRA has announced the best Cider and Perry in Britain to be Mayfayre’s Cider (Herefordshire) and Cleeve Orchard’s Perry (Ross-on-Wye). The winners were revealed at the Reading Beer and Cider Festival, home of the National Cider and Perry Championships.

Mayfayre’s Cider impressed judges for being well-balanced and more-ish, boasting distinct spicy and woody notes and a dry aftertaste. In contrast, Cleeve Orchard’s Perry won the title for its floral and full-bodied flavour, which had a hint of smoke in the aftertaste.

The competition follows more than a year of local tasting panels and regional heats that culminated at the Reading Beer and Cider Festival (2-5 May). Festival-goers have the opportunity to sample the winning drinks along with 150 ciders and perries, 550 beers, foreign beers, wines and mead.

Andrea Briers, Chair of CAMRA’s National Cider and Perry Committee said: “Huge congratulations to both Cleeve Orchard and Mayfayre for their exemplary products. As we know, cider and perry flavours can vary significantly from year to year and harvest to harvest, so seeing such distinct quality is incredibly important.

“Mayfayre, which is based in Herefordshire, exemplifies the very essence of traditional cider right in the home of England’s cider country. Cleeve Orchard also impressed judges with its West Country Perry. Owner Lewis Scott has worked with CAMRA to campaign for greater support for small producers, and is a great example of how a local producer of the area can gain national recognition with a quality product.”