Aspall’s sells to US giant Coors

The UK currently accounts for almost half of the global cider market, according to the National Association of Cider Makers.

After a year of ‘will they, won’t they?’, it was announced that family-based Aspall Cyder has been snapped up by brewing giant Molson Coors in a deal reported to be worth £40m.

Production will stay at Aspall Hall in Suffolk, with brothers Barry, the current chairman and Henry Chevallier Guild, remaining involved on the board, in strategic and ambassadorial capacities.

You will read in the reply of this Tweet that many cider fans are concerned about the future, and more importantly, the quality of Aspall’s in the near future.

We are delighted to add award-winning premium cyder brand @Aspall to the Molson Coors portfolio. The acquisition brings together two companies known for quality and provenance with close to 650 years combined experience in operating excellence. https://t.co/p4RBmNpb4Z pic.twitter.com/6j4k7zaKMn

Aspall is not expected to join the mainstream part of Molson Coors’ cider category. Rather, ultra-premium ciders like the limited edition 1728 bottle fermented sparkling cider, are likely to be on the drawing board. 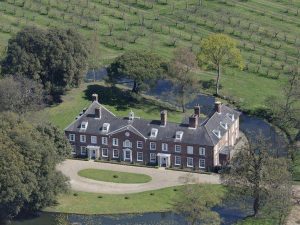 Mr Chevallier Guild, who is chairman of the business, said the rationale for the sale was the need for more investment to fuel growth . He was convinced Molson was the right buyer after visiting Sharp’s Brewery in Cornwall, which Molson acquired in 2011 for £20m. The Aspall deal is understood to give the company an enterprise value of £40m, although this figure includes debt (roughly £19m in 2016 accounts) and promise of investment from Molson.

“The thing that swung it for me was visiting Sharp’s Brewery in Rock. I met the people who had been there from the beginning,” he said. “We were allowed to wander around without senior staff from Molson so we could talk frankly and openly. I came away thinking ‘these are the right people for us’.”

The goal for Molson Coors, he said, is ‘to have the premium cider within the UK’ rather than to chase market share. With Rekorderlig and Carling ciders already in the family, ‘We really needed to add a premium cider to complement our other brands,’ he said.