All posts in: History of Cider 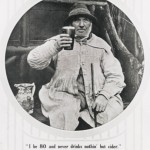